Shamar: Flint’s latest breakout artist is taking the stage and leading the way

By Jaishree Drepaul-Bruder on 02/07/2020Comments Below 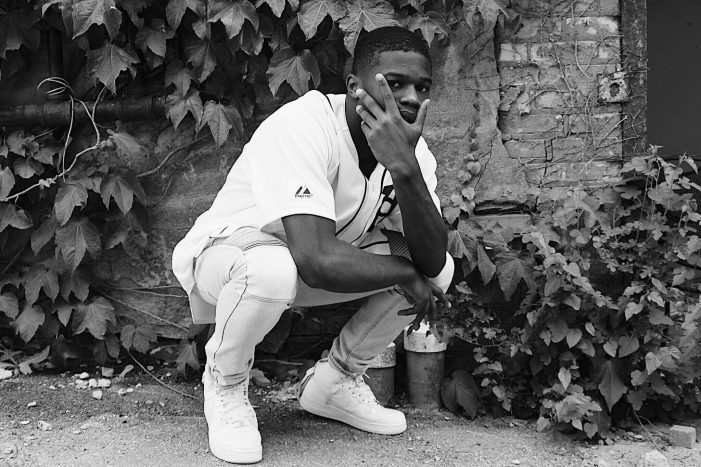 “I won’t ever change my name like some artists do for show business,” Shamar says. “Because of the meaning, and because it truly says something about the real me.”

The 21-year-old is set to live up to his name at a live Flint-based performance scheduled on March 21 at Cafe Rhema. He’s performed at plenty of showcases and various events, but this will be the first time he’s headlined a show.

“I’ve been working on scheduling a live event for a long time, and there has been some trial and error, so it took a minute,” Shamar shares. “I wanted the show to be perfect and to define who I am.”

The independent recording artist describes his music style as a hybrid of R&B mixed with Hip Hop. Singing since he was a mere two-years-old, music runs through his veins. Shamar’s late father was also a talented vocalist. He sang in various groups and opened up for acts like Tupac when he was younger.

It was natural that Shamar would follow in his hero’s footsteps. “I was involved in church choirs all my life while also participating in Bang Town Production Studios at the Boys and Girls Club of Greater Flint,” he says. “As I have grown, so has my music.”

Aside from his father, international and local artists alike have been influential. “My favorite artist would be Chris Brown. He’s my Michael Jackson,” Shamar says. “My favorite local artists are Furillostar and Brelia Renee. Both bring a show every time I see them perform. But most of all, their music brings out different emotions in me.”

Evoking feelings in an audience is something that Shamar has a talent for as well. “He has a drive and passion that you can feel through his music,” says Terre’Sha Moore. Moore is organizing the show and is also helping him with his brand development. She met him two years ago at an event he was performing in and became an instant fan.

“His music gives off this chill and electric r&b vibe that fits any occasion. It’s youthful undertone, but also very mature. Shamar is one of the artists in Flint who will contribute to bringing R&B back to life in the city,” Moore says.

Shamar reports that he is up for the job and excited about the city’s growing music scene. “It’s slowly, but surely, growing with a variety of talented artists. To build a dynasty takes time, but it’s happening.”

What he has noticed is that more artists are recognizing the importance of doing more than putting out songs. He says that an increasing number of local musicians are understanding that good business knowledge and practices go hand-in-hand with good music. For Shamar, learning to strike this balance is allowing him to slowly “take off.”

He adds that he looks at the layering of his music with the nuts and bolts of business and promotion as he does a good car. “If one of the parts of the car is broken then it needs to be fixed to get the best mileage,” he says. “It could take days, weeks, months maybe even years, but as long as everything is functioning then everything will be alright.”

Down the road, Shamar’s dream is to land in the company of the world’s musical giants. “I know that I have some work and learning to do to get there. But, I’m down for the ride,” he says.

Along the way Shamar is determined to continue to make music that moves people and takes them on a sensory journey that brings them happiness. That, to him, is a big part of how he defines success.

“I have received comments that my music has helped people with depression and has given them more confidence. I love when I get those kinds of messages, because it lets me know that my music is effective,” he says.

Shamar is quick to stress that success and effectiveness involves elements that can’t always be measured. “Sure, more streams, more likes, more money, that’s all good,” he says. “But love from people and my fans is really good. It makes me want to keep on and keep making music that lifts people up.”

A feel-good, no holds barred, move-your-soul show is what’s in store for everyone who comes out to the live performance. While the March event will represent Shamar’s first official show, he promises it won’t be the last. Particularly, he has plans for events that will be designed to give back to the community.

“Even when I can’t even help myself, I will still help others. I especially want to focus on the boys and girls in Flint who are the city’s future,” Shamar says. “I want them to look at me and see what I believe — that with the right heart and hard work at your craft, you can do anything.”

Note: Shamar will host his first live performance on March 21 at Cafe Rhema. The live event will kick-off at 8 p.m. and will include artists Carl Furillostar and Brelia Renee. Tickets are $10 and can be purchased at www.Iamshamarsbo.com.