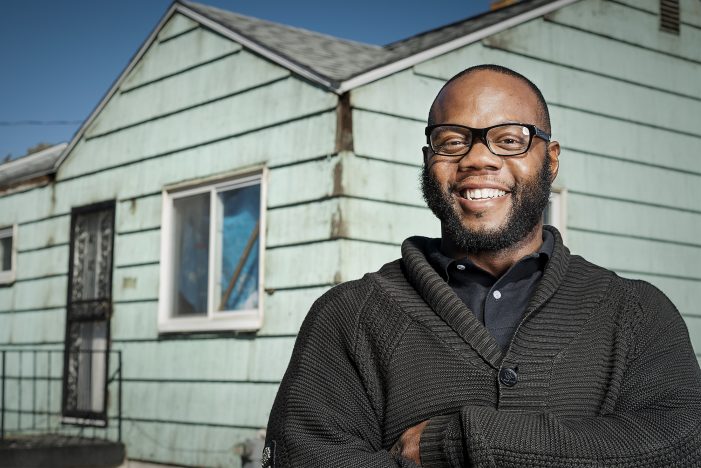 Returning home can be a bumpy process for many returning citizens. Too often times they come home to homelessness and face elevated employment, health and mental health challenges, according to M.A.D.E. Institute’s Executive Director Leon El-Alamin.

Homes mean hope for many formerly incarcerated men and women

“When basic needs like housing aren’t met, individuals are at greater risk of returning to crime and being reincarcerated,” says El-Alamin, who explains that returning citizens are seven to eight times more likely to violate parole than those who have stable housing.

And when returning citizens return back to prison, the costs are particularly high for society.

The cost of funding the criminal justice system plus the costs imposed by crime are equivalent to 2.9 percent of GDP, according to a government report issued in 2018. That equates to roughly $500 billion.

The large social costs of crime are partly attributable to the high probability that prisoners exiting State and Federal facilities will commit crimes after leaving prison. More than three quarters of State offenders are re-arrested within five years of release, according to the Bureau of Justice.

Despite the challenges, organizations like  El-Alamin’s are proving that with the right support recividism rates can all but be eliminated.

M.A.D.E. makes a difference, according to funders which include the Community Foundation of Greater Flint, the Genesee Health Plan, the Consumers Energy Foundation and the American Heart Association.  With M.A.D.E., returning citiziens gain access to a comprehensive support system that includes comprehensive job and life skills training along with transitional housing.

One of the organization’s flagship programs is its  EPIK Job Training program, according to  El-Alamin.

M.A.D.E. participants also recieve life skills training through a lcoal partnership with the Genesee Health Plan, which helps participants address issues such as hypertension, depression and anxiety. When coupled with housing support from Consumers Energy Foundation and the American Heart Association, the programs have a wrap around effect, according to  El-Alamin.

For more information about these funders or about the MADE Institute contact Leon El-Alamin at 810-835-8304 or by emailing at leon.elalamin80@yahoo.com.