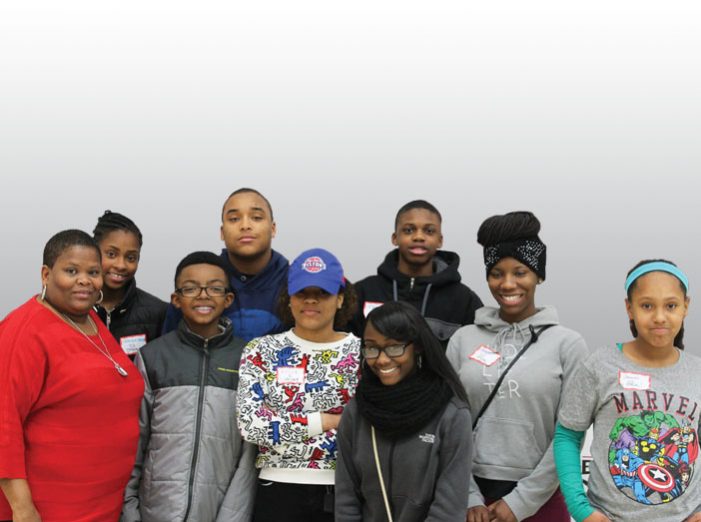 The hope of future generations rests on the expectations we place upon our youth today.

That’s the word of Pastor Wayne Patrick Sanders of New Jerusalem Baptist Church. He believes the key to the future for the city of Flint, and particularly for the church, is to embrace, nurture, and empower the millennial generation.

He is concerned millennials are increasingly disillusioned toward the church and too few Christian leaders are willing to honestly confront that reality.

“Our children’s children are depending upon us to see beyond our time,” says Sanders.

According to a 2015 Religious Landscape Study by the Pew Research Center, 35 percent of millennials do not identify with a religion, or are religious “nones.” That’s double the 17 percent of unaffiliated baby boomers and more than three times the 11 percent share of members of the silent generation.

The research also showed millennials “are much less likely than older Americans to pray or attend church regularly or to consider religion an important part of  their lives.”

Is the American public becoming less religious? It certainly looks like it.

While it is possible millennials will become more religious as they get older, marry, and have children, that may not be the case. Previous Pew Research Center studies show the opposite and finds most generational cohorts are becoming less religiously affiliated as they age.

Sanders believes that can change.

He says the number one reason most young people have a lack of faith in Jesus is they were not taught the value of faith in their formative years. He believes millions of young people have been raised in homes where caregivers were too afraid to hold their children accountable to the same expectations of faith that their own parents and grandparents had passed on to them.

Seeking to fill that void, Sanders and the leadership of New Jerusalem Baptist Church founded a “Children’s Church.” This ministry has trained staff who teach children between the ages of four to 12 about the love of Jesus. They learn to worship God with praise songs, while enjoying crafts and having fun with other visual aids.

Sanders says Biblical principle, “train up a child in the way he should go,” needs to be restored in the way children are raised today, regardless of one’s economic status or ethnic cultural identity.

“We have to stop allowing our children to opt out of faith and train them, beginning in their early formative years, to have a standard of faith instead,” he says.

He is not encouraging parents to rule over their children with an iron fist nor is he suggesting a home should be run like a monastery. What he is speaking of is having a standard of high expectations applied to faith in God above all things.

“Well-meaning adults in the church often make the mistake of dealing with young people based upon
where we are, rather than accepting them as they are.” -Pastor Patrick Wayne Sanders, New Jerusalem Baptist Church

At New Jerusalem Baptist Church, youth are learning Biblical principles can, and should, be applied to every contemporary issue they face in their daily lives.

A 2015 study, Cognitive Ability at Kindergarten Entry and Socioeconomic Status, concluded expectations parents hold for their kids have a huge effect on attainment.

“If high expectations net positive results for youth in elementary school, then why wouldn’t that same idea be successful if applied to expecting youth to live a life of faith and spiritual excellence?” says Sanders.

There is Biblical precedence for this.

In the Old Testament, the prophet Daniel was only 15 years old when taken into captivity when Nebuchadnezzar conquered Jerusalem in 605 B.C. While he lived in Babylon most of his life, he didn’t lose the faith his parents had instilled in him and accept the extreme materialism of the secular world the Babylonians offered him.

Daniel chose to hold on to the values his parents instilled in him and, according to the Bible, had an “excellent spirit in him.”

Excellence, in this context, means he was a young person of purpose and prayer.

Sanders says there is a practical way to helping millennials develop the faith and confidence of Daniel.

“Well-meaning adults in the church often make the mistake of dealing with young people based upon
where we are, rather than accepting them as they are,” he says.

them away from the church. He believes it is wiser to accommodate the ideas and social/cultural experiences and expressions of millennials into church leadership.

New Jerusalem created a Young Adult Church to do just that. Youth adults at New Jerusalem have their own services. They are trained to teach their peers biblical principles on their own level and in their own way.

The Young Adult Church, which consists of youth from ages 13 to 21, worships God with radical praise periods, activities, and break-out sessions.

With that in mind, New Jerusalem Baptist Church invests in local youth through a plethora of programs
and activities open to the entire community. They include a youth basketball league, culinary arts training, martial arts training, and even performing arts, just to name a few.

Sanders is truly practicing what he preaches. He is making a difference in the lives of countless millennials by meeting them where they are and empowering them to form good habits in every area of their lives.

The future does indeed look bright.

Editor’s Note: Stacy Swimp is the Special Projects Coordinator and a Columnist for TheHUB Flint. His commentaries have appeared in the Washington Times, the Miami Times, the Orlando Sun, the Philadelphia Tribune and the Buffalo Criterion. He has appeared as a guest on the Fox News Channel, Sirius Satellite Radio, 50,000-watt radio stations such as WHO-Des Moines and KDKA-Pittsburgh, black media such as WVON-Chicago and Lee Bailey’s EURweb, in addition to the Westwood One radio network. You may contact him at stacy@stacyswimp.org.