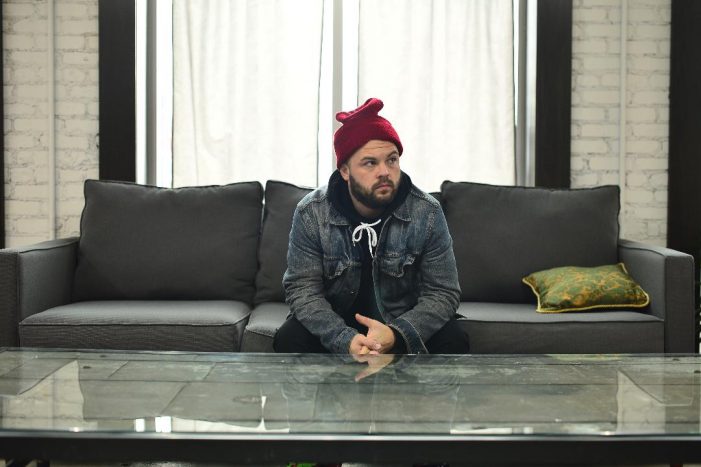 He’s the guy everyone wants to arrive first to a party and be among the last to leave. That’s the kind of celebrity open-format DJ Peter McFray brings to Flint, whose “it” factor is rising.

Heard week nights on Flint Club 93.7, McFray is a part of Flint’s growing circle of high value influencers whose mere association with an event is near guaranteed to draw clout and crowds.

McFray lived on the east coast in New York City for about three years, but moved back to Flint about five years ago. The lure?

The opportunity to leverage his presence to promote Flint in a manner similar to large markets like New York city, Chicago or Los Angeles, according to McFray , who earned his promotions’ chops during his 6-year radio  stint with Townsquare Media Group. Today, he’s the Mix Show coordinator for Club 93.7 radio station.

The hardest working man in Flint is constantly “on” and a visible part of Flint’s cultural efforts. Tapped to head big name events like the  “World’s Greatest Office Party,” McFray is behind the city’s growing reputation as a destination, particularly among Millenials.

McFray, who sits on the board of Flint’s Alley Fest, is a big collaborator. He frequently partners with Beats X Beers Founder Brandon Corder and was a visible presence at the producer’s sold-out Wale concert, where he rocked the stage prior to the headliner’s appearance.

Outside of Flint’s borders McFray works for many corporate partners around the county.

“In this market, at least in the current landscape, the minute that you start to travel outside of this market, it’s a lot more impactful than it might be anywhere else.,” says McFray. “People tend to pay attention to somebody, especially in the land that I’m in, traveling outside of my market to do whatever the event might be, whether it’s a corporate event or a nightclub booking.”

McFray tries to stay present and relevant when it comes to social media.

“If you look at my social media, I think you’ll see it’s not a representation of what I do…but maybe more of a slice of who I am, personally,” he says. “I feel the social media thing is still a presence but it’s becoming somewhat archaic. What matters now is the frequency with which you interact with people. When I first started doing this at 17 I realized you have to be out in the market. You have to be so present that if people don’t know who you are, they’re asking, ‘Who is this guy?’ or ‘Who is this lady?’”

McFray is also building partnerships with fellow artists by speaking at Mott Community College as part of the music technology program.

“I do a lot of consulting for events to help clients achieve what they’re looking for. Those types of things allow me to cross paths with people I’m not able to, just with the DJ space.”

“For me, musically, things like that are somewhat canned. Now if I’m actually physically performing at them I try to put a little more progressive spin on things,” he says. “That’s something I think that differentiates me…being able to kind of ride that line but remain creative and keep a little funk to it before it becomes just wallpaper. You can’t do just one thing. To be able to do that type of party then turn around and go to a nightclub the same day is something I think a lot of people can’t do.”

McFray says he sees Flint’s music culture becoming a lot more progressive: “People are becoming more and more interested in more worldly music. Four years ago, if I played a socia record or a cumbia record, nobody knew what I was doing. They might like it, but they had really no clue. That goes for even reggae, to a large extent. I feel like people have got a slightly broader palette than they used to.”

McFray says the local music scene is changing very drastically to become something a little more intelligible than it has been in the past.

He didn’t ever expect to have the effect on Flint’s music culture trends that he’s had.

“I guess to some extent it is a correct statement that I have influenced the local music culture trends just because I’m so far out there, as far as what I’m doing on radio,” he says, “and if you’re going to a club or a bar, a lot of that is probably influenced by me. That’s fine. But I never sought to do that. You could come see me on a Friday and I can be one guy and you can come see me on a Saturday and I can be a different guy.”

One thing McFray pays attention to is how his peers are managing their development. Always being plugged in keeps him searching for the next thing, chasing something fresher.

“I felt there were a bunch of people doing very little and putting very little effort into something I had some passion for,” he says. So, I felt it was necessary to condition the market like there’s more out there. It all comes back to treating Flint like an ‘A’ market.”

This series on Flint and Genesee County entrepreneurs is sponsored by Metro Community Development, a community development financial institution and originator of BizBox, a 360 degree business program that includes training, development and financial support.  To learn more call 810-767-4622 or visit metrocommunitydevelopment.com