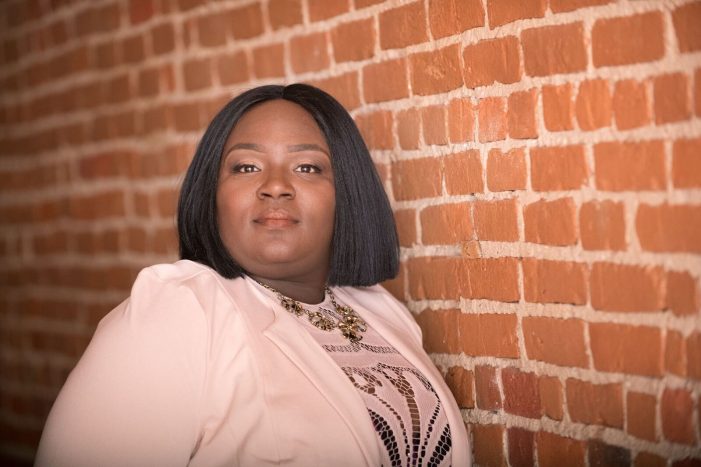 At one point in her life Ebonie Gipson was making large profits for some of the biggest brands in the world. Now she is using her experience to build local companies.

Gipson, owner of I’m Building Something Consulting LLC, is a small business consultant. Although she’s spent only one formal year operating her company, she has advised more than 75 entrepreneurs in Flint, throughout Michigan, and out of state.

Before I’m Building Something, Gipson worked more than 12 years in retail management, leading stores affiliated with such brands as Coach and Jones New York. She avidly endorsed local businesses but noticed when she wanted to support smaller stores some essential elements were missing.

“I thought, ‘what if we took some of these big-box (store) principles that multi-million-dollar companies are using and figure out how to make them applicable to the small business structure, in order to drive better businesses and better business practices?’” Gipson says.

The smaller stores she observed were lacking in customer service, professionalism and overall business operations, but Gipson saw greater potential.

“I feel there’s a need to set you up for success,” she says.

Gipson will share some of her insights at the GoGetHER Conference on Saturday, April 21 at First Trinity Baptist Church in Flint. The event will encourage women to pursue their dreams and careers by offering professional feedback and educational information. Gipson will appear as a presenter and panelist, sharing advice about how to build one’s business. For tickets please click here.

“Ebonie is very thorough at what she does,” Tillman says. “She basically is able to leverage and maximize opportunities with small businesses or small brands.”

She writes spiritual devotionals and, because of Gipson’s feedback, she says one of her books has sold hundreds of copies since its November release.

Kryder got to know her when the store first opened in August and she reached out and offered her services. Gipson helped the Faith Christian Store engage the community, attract local authors and leverage customer traffic into the store and online.

“She’s very professional,” says Kryder. “She’s got great ideas, she’s passionate … We will continue to work with her in the future.”