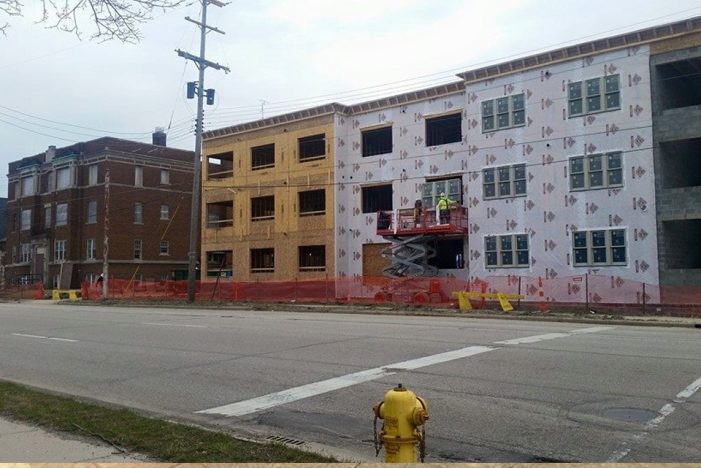 It seemed a peculiar setting for a discussion about affordable housing.

Traverse City is better known as a community that boosts Michigan’s tourism than one that attracts low- and moderate-income residents. But some took notice when a young man attending a public meeting spoke up about his daily, 45-minute trip from work into town, saying he simply couldn’t afford to live there.

As a participant in the Lapeer, Mich. summit, Wilson shared his perspective on the need for affordability in Flint, Traverse City and everywhere in between. Wilson sat on the “Housing Development” panel, along with Craig Patterson, senior vice president of The Woda Group, Inc., and David Allen, chief market analyst of the Michigan State Housing Development Authority.

“People had questions about how they can be development-ready in their communities,” says Wilson.

“I think some of the things that limit community growth are the community’s education, so we try to educate as many people as possible,” he adds.

Along with discussing general resident concerns about how to prepare, Wilson says the summit focused on development in rural and smaller communities. Communities First is exploring expansion of its development work from Flint into surrounding rural areas of Genesee County, he adds.

“Even though we’re a Flint-based organization,” Wilson says, “we’re able to develop throughout the state of Michigan.”

Wilson says he shared the Communities First model of soliciting grassroots input in projects, regardless of a city’s size.

“There are not a lot of organizations founded on listening to what the community wants, and we want to transform that into tangible outcomes,” he adds.

A self-described “serial entrepreneur,” who worked in healthcare, transportation and real estate before the formation of Communities First, Wilson says bringing “an entrepreneurial mindset” has helped the organization succeed in non-profit development. He says finding wider support to meet the housing needs of disadvantaged residents can be challenging.

Flint’s Oak Street Senior Apartments and Swayze Court Apartments are among Communities First housing designed to disprove myths about affordable housing. Slated as the organization’s next development is transformation of Coolidge Elementary School into residential space, retail, and a community center.

A partnership of the Shiawassee Economic Development Corp., Flint & Genesee Chamber of Commerce and several other county and state development agencies, the 2017 I-69 Thumb Region promotes sustainable community strategies. Wilson says this year’s summit was well-attended.

“I think it was a great way to educate communities on the need for affordable housing,” he says, “and what can be the positives.”

Flint-based developer shares ‘positives’ of affordable housing at summit added by E.B. Allen on 09/25/2017
View all posts by E.B. Allen →