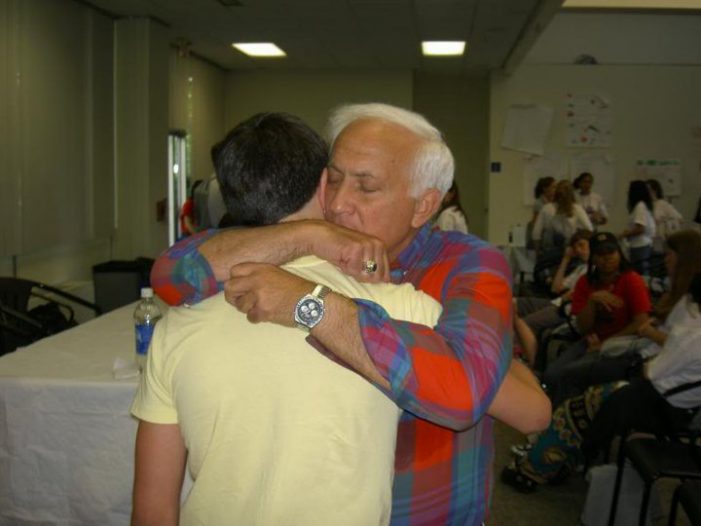 Before you stop reading let me tell you the climate change we need is cultural. We need to back off on the rage and anger and bring more kindness, more understanding and more positivity into this world. That kind of global warming will make all the difference and may very well save the lives of many young people.

That’s the view of youth motivation speaker Jim Tuman, who has spent most of his adult life helping young people cope with the issues of bullying, teen suicide and alienation. He is more than concerned about the impact the current culture is having on young people.

“I am watching this whole shift in climate,” he says. “People no longer feel safe and supported and they feel their voices are not being heard. I see an upswing in suicides among young people. It is the number one killer of kids and people have become desensitized to it.”

The rash of school shootings, too,is also a culmination of their anger, he says. “We have created that climate. There is so much rage out there.

“Our climate in this country has changed. I see people who would normally be loving are now angry.”

Tuman likened what is happening today to the Ghostbusters II movie. In the movie the slime under New York builds up, fed by hostility, rage and negative emotion. That, he says, is where we are today, but there is a solution.

The Ghostbusters determined they needed a positive sign to engage New Yorkers and weaken the slime and used positively-charged slime to animate the Statue of Liberty. Her appearance changed the attitudes of the citizens and the slime weakened.

While we can’t animate the Statue of Liberty, Tuman says individuals can change the cultural climate and attitudes of many though simple acts of kindness. That, he says, is essential.

“We have suppressed hope in this nation. Too many have compromised their values. Kids are pliable. They see this and that shapes their lives rather than kindness, making a difference and being committed to values. We need a voice of conscience out there in the world. Otherwise they only hear voices of anger and rage,” he says.

For his part Tuman, who will be 78 in October, is committed to making a difference. For example, each year he makes celebratory phone calls to more than 100 moms and dads around the world on Mother’s Day and Father’s Day. It is part of his campaign, called “I’d Rather Be Kind Than Right,” to inspire young people to look around and do acts of kindness for people in their life.

He’s made the calls for more than 20 years. This year, however, he ran into a road block. Four weeks ago he woke up and couldn’t see. That led to emergency eye surgery. He’s gained some of his sight back but still struggles to read. No matter. He will still make those calls.

“During the eye situation I would get up every morning and go through a litany of gratefulness,” he says. “I wanted to know that with my time on this earth I made a difference.”

Tuman calls the parents out of the blue on those days. He doesn’t know them but he’s either read about them or someone has told him what a great job they’re doing. “I want to congratulate them on being great parents and thank them for it.It’s difficult being parent today. Too many kids fly under the radar.”

You’ll also still find him delivering Christmas gifts to needy families in Southwest Detroit on Christmas morning.He’ll be joined by volunteers who are Christians, Muslims, Jews, black, brown and white, gay and straight. Last year 1,500 people showed up to help.

“I will continue it to my last breath,” he says.

To inspire young people and make sure they have a constant reminder of the need to be kind Tuman has designed a bracelet, which simply says “Happy people live outside themselves.” He tells them they must wear it for a year as a reminder they can do something for someone today.

He’s given out around 25,000 and often sees young people wearing them. Just the other night he looked across his table at a restaurant and saw one of those bracelet’s on a young person’s arm. That made him smile.

Acts of kindness make a difference. They did in Tuman’s life.

One day he stopped at Detroit area restaurant and ordered a diet Coke.  The waitress apologized and said they only had Pepsi products but she said she would see what she could do. She went over the 7-Eleven across the street and came back with two diet Cokes on her tray.

That 18-year-old waitress changed his life and he says he left thinking if an 18- year-old can do that he could go the extra mile for others.

“Kindness is at a premium in our culture,” he says. “People need to be inspired about how much difference they make. I wish those reading this story will think ‘maybe I need to be a little kinder. Maybe I need to be here for you today.’”

That’s the kind of climate change and global change we need.