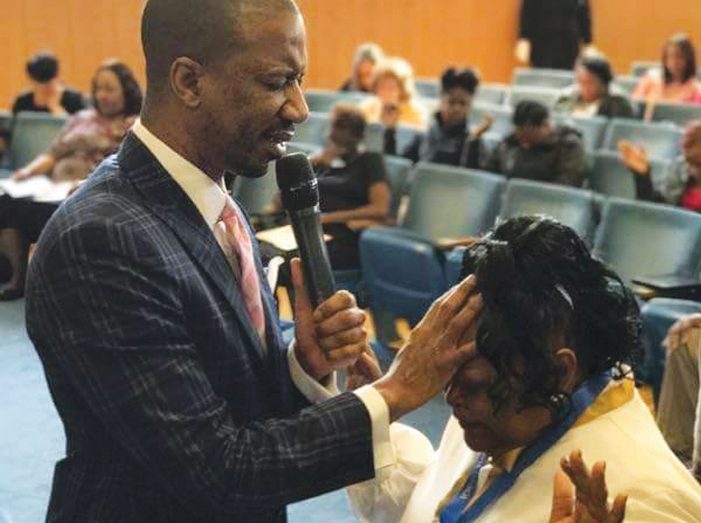 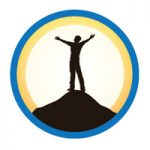 What becomes of a community without faith? Flint’s residents hope they’ll never know. Made up of not only a mix of churches and other worship centers, the city has a devoted number of mission outlets and faith-based outreach programs. These parishes and organizations offer guidance, encouragement and a sense of stability, even during the city’s most challenging times. TheHUB’s Keeping the Faith series profiles the work spiritual leaders and their meaning to the community they serve.

Phillip Thompson, pastor of Bethlehem Temple, is dedicated to speaking only that which offers positive reinforcement and makes a difference.

“God created all of us to be problem-solvers,” he says. “Almost anybody can tell you what’s wrong, but few can be creative enough to offer solutions.”

Many dwell on what’s not working in Flint and criticize its churches and their leaders for not doing enough during the water crisis or to reimagine the city. Thompson wholeheartedly disagrees, emphasizing that the faith-based community has played a key role helping residents deal with the crisis as well as in revitalizing the city.

“I absolutely know that Flint is healing. The water crisis helped to galvanize people, especially the faith community, in an unprecedented manner. We woke up as a city.” – Pastor Phillip Thompson, Bethlehem Temple

“One of the strengths of the faith community in Flint and Genesee County is that we have numbers,” he says. “There are several active coalitions that are addressing the ills that plague us. While we may not collaborate on everything, the faith community has shown it can coalesce around serious issues.”

Thompson, who is also manager of community outreach for the Flint & Genesee Chamber of Commerce, points out the churches were the first to respond to the water crisis by distributing water to local residents. Bethlehem Temple gave away six trucks full of water and partnered with other groups to make that a reality.

The collaboration in the city is amazing, he says.“I believe there are many organizations at work in our city. The proof is evident. I am a native of Flint and I can tell you that I have not witnessed this much collaboration in a very long time. We see movement in North Flint, Civic Park, and Downtown.”

While collaboration is ongoing, the church community does face one very large challenge that he says must be addressed. “We are not as multi-cultural and multi-ethnic as we ought to be,” he says.

It is a topic Thompson covered in Bible study recently where participants offered a number of reasons why the church is not more multi-cultural and multi-ethnic. He says a few parishioners perceived other ethnic groups are more at fault than black Christians.

Thompson emphatically rejects that notion and instead says “we all have to be more intentional about fellowshipping across cultural and ethnic lines.”

This resonates with the words of the late Dr. Martin L. King, Jr. who said, “We must face the fact that in America, the church is still the most segregated major institution in America. At 11:00 on Sunday morning when we stand and sing and Christ has no east or west, we stand at the most segregated hour in this nation. This is tragic.”

Providing that fellowship across cultural and ethnic lines is as important to Flint’s recovery as delivering water and helping residents deal with the crisis, both physically and spiritually. Other issues, such as jobs, education and health also must be addressed.

“In order to really recover we need jobs, jobs, jobs,” says Thompson.“I also believe we must continue to focus on providing people of all ages access to educational opportunities. My pastor taught me Christ and education make the best combination. I have striven to exemplify that to the congregation I serve.”

Jobs and education are essential, but so is creating and sustaining a healthy lifestyle.

Thompson is concerned about the “impact of unhealthy eating habits in the black community,” where oftentimes the diet is a key contributor to chronic diseases and conditions that too often plague African Americans.

“Whenever we have a communication vehicle like TheHUB lending its voice and support to the faith community, it exponentially multiplies the impact any one group or groups can have in highlighting the great work being done around the issue of healthy living,” he says.

Thompson says he “wants to minister to the total person” and has made it a priority to share healthy lifestyle lessons at Bethlehem Temple where the congregation has participated in at least three studies performed by the University of Michigan around the issue of hypertension and diabetes. Those studies, he says, have helped change the mindset of many in his congregation.

It’s all about attitude, whether it’s learning to eat healthier, collaborating, fellowshipping across cultural and ethnic lines or finding solutions that lead to Flint’s recovery.

“I absolutely know that Flint is healing,” Thompson says. “The water crises helped to galvanize people, especially the faith community, in an unprecedented manner. We woke up as a city. The long dark night of divestment and slow growth had lulled so many of us to sleep. No question we have a long way to go until every corner of the city is whole, but we are on the road to recovery for sure.”

As Hellen Keller once said, “Keep your face to the sunshine and you cannot see the shadows.”

The City of Flint is very fortunate to have among its pastoral community a gentleman who is indeed walking in the sunshine.

Editor’s Note: Stacy Swimp is special projects coordinator and a columnist for TheHUB Flint. His commentaries have appeared in the Washington Times, Miami Times, Orlando Sun, Philadelphia Tribune and Buffalo Criterion. He has appeared as a guest on Sirius satellite radio, WHO-Des Moines and KDKA-Pittsburgh, black media such as WVON-Chicago and Lee Bailey’s EURweb in addition to the Westwood One radio network. You may contact him at stacy@stacyswimp.org 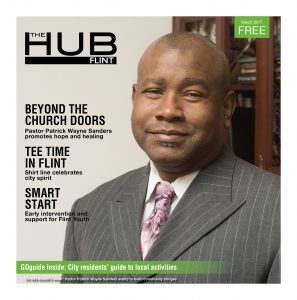