Flintmilk.org, an ongoing campaign driven by the generosity of family-operated Michigan dairy farms, is making sure the people who need milk the most have it right now.

The effort has already poured an additional 400,000 glasses into Flint households since the discovery of high levels of lead in the city’s municipal water supply.

That’s nearly half of the one-million-glass target set by the United Dairy Industry of Michigan (UDIM) and its nearly 2,000 members. Many of those members represent family-owned dairy farms and milk processors that together have agreed to match fresh dairy contributions with publicly raised cash.

Seventy percent of children affected by the city’s contamination crisis live at or below poverty level, she says.
The need is greater than most might imagine, says Sharon Toth, CEO of the United Dairy Industry of Michigan.
Foods high in calcium help keep lead from recirculatin
g in the body and causing further damage, so making sure Flint households receive an ample supply of milk is particularly important right now.
Iron and vitamin C also play a vital role in helping prevent lead absorption, particularly in children whose bodies are more susceptible.

Many Flint families already struggling to meet household nutritional needs are facing even greater challenges now due to exposure to elevated lead levels in their water supply. Access to lead-fighting calcium and other nutrients is critical.

That’s why UDIM, its members and processors have ramped up efforts to increase milk supplies. Through its million-glass campaign anyone can make a cash donation to flintmilk.org. Donations will be matched by equivalent product donated by local dairy farmers.

The UDIM has pledged to donate an additional $50,000 to support the campaign.

Local food bank staff are buying milk from dairies and coordinating distribution to designated neighborhoods to families most in need.

The drop in milk prices nationwide provided an additional lift to the campaign, says Toth, who had been particularly concerned about milk shortages at the Food Bank of Eastern Michigan, which serves Flint. 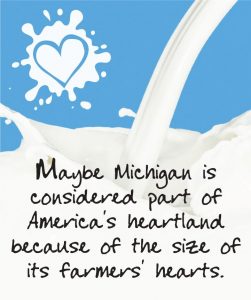 “Our family-owned businesses and family-oriented members, suppliers and producers are some of the most generous people around,” she says. “Our dairy farmers wanted to pitch in and help create an ongoing supply of milk for people in need.

“Many struggling families have to face tough choices. Any event can affect them. If their car breaks down, they might have to choose between making necessary repairs or buying groceries. Hopefully, with expanded dairy donations and food pantry support, that’s one choice they won’t have to make,” says Toth.

In addition to donating, visitors to flintmilk.org can volunteer to coordinate their own collection drives.

Today, the majority of Michigan residents grow up in communities far-removed from local farms. The experience has contributed to a knowledge gap and lack of appreciation of the value of fresh, locally-produced foods, according to Toth.

Nutrition education is part of UDIM’s mission as a state office of the national association so she is buoyed by the “food movement” and signs of renewed consumer interest in where food comes from.

Through multiple initiatives, UDIM promotes awareness of dairy production and consumption. The organization sponsors grants to school lunch programs for purchasing supplies like industrial-sized blenders that can be used to make dairy-based smoothies for students.

The organization also participates in “Fuel Up to Play 60,” which serves 3,000 Michigan schools and is one the state’s larger in-school nutrition programs, reaching about one million students. The campaign urges youth to participate in at least 60 minutes of physical activity daily and incorporates nutritional components that tie in with UDIM’s promotion of milk.

Support from the recently formed Flint Pediatric Public Health Initiative is one of various contributions UDIM hopes will help get flintmilk.org to its million-glass total. It lists nutrition among evidence-based interventions to help lead-exposed youth.

“We take our responsibility of advocating for children very seriously, and we look forward to the role that we will have in this essential initiative,” says Melany Gavulic, president and CEO of Hurley Medical Center, a collaborator in the initiative.

An outpouring of milk will signal hope and help to many Flint residents.

We’ve got a long way to go, though,” says Toth. “So we hope our consumers will help out.” 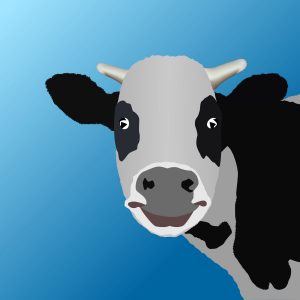 MILK FACTS:
Our kids’ bodies need certain vitamins, minerals and calcium to be healthy. The need is even greater if they have been exposed to lead. To limit absorption our children need to eat foods rich in calcium, iron and vitamin C.

Calcium-rich products such as milk, yogurt, tofu, and cheese are excellent choices.

Most kids love chocolate (and other flavored) milk. Serve low-fat and no-fat varieties rather than whole flavored milk. They have all the major nutrients found in unflavored milk, but contain less added sugar.

Source: Michigan.gov; Help Fight Lead with a Healthy Diet and the Dairy Council of Michigan

An Outpouring of Support: Michigan dairy farmers help fuel Flint family nutrition one glass at a time added by TheHUB on 07/21/2016
View all posts by TheHUB →